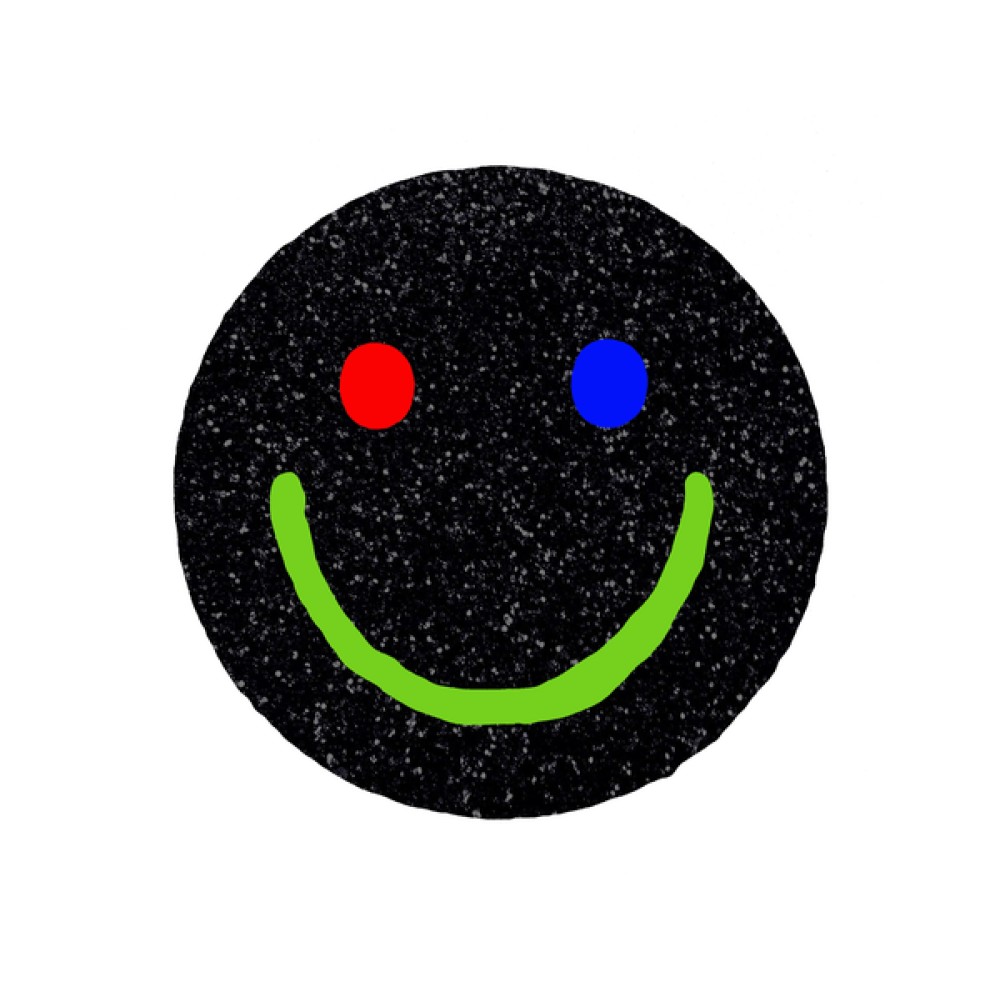 Get down to Kings X early on May 14 for your chance to bag a unique signature smiley face from YBA Jake Chapman. Each one is an edition 1 of 1, featuring different colours and glitter overlays on plywood and will be going for a song.

'Smile and the World Smiles With You' 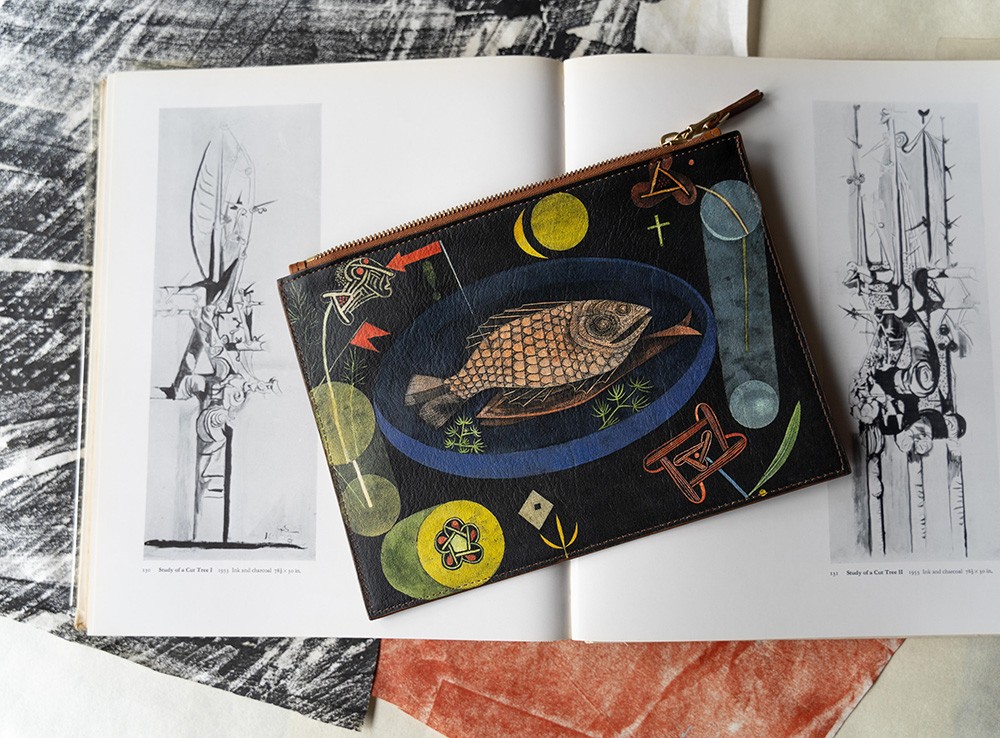 ASSEMBLY LINE is a ‘vehicle' for exploring relationships between art, production, exchange, commerce, value and the internet.

Electric Blues (Factory Reset) is the latest edition of ‘dipped’ model cars made especially for the live ACBF event. Vintage, often damaged, die-cast motors (Matchbox, Hot Wheels etc.) are acquired from various second-hand sources and subjected to a repeat process whereby they are submerged into multi-coloured emulsions and hung up to dry. Over time this method creates a stalagmite paint drip that mimics a cartoon speed-streak. 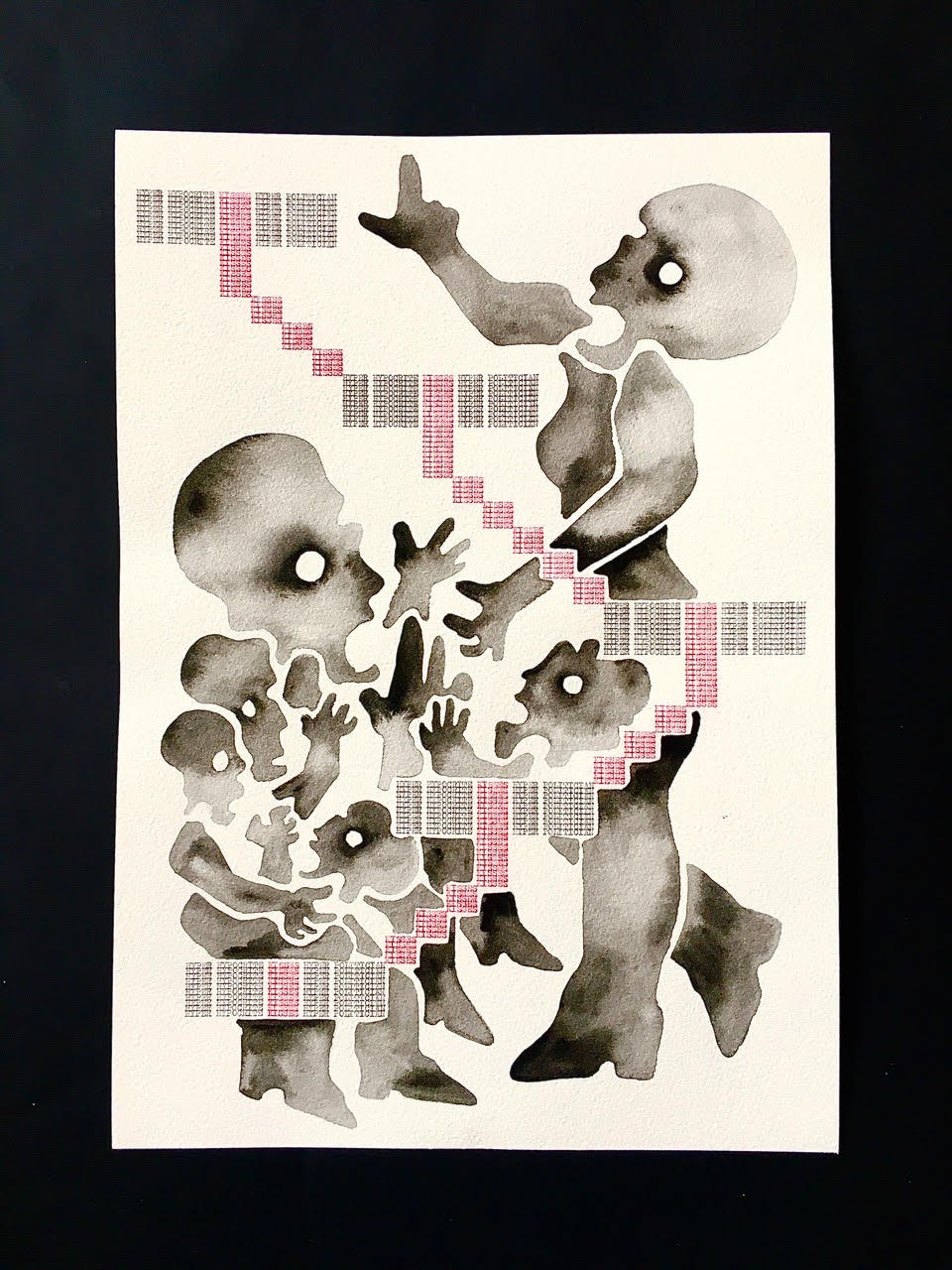 Balthazar Mattar is a typewriting, paint daubing, free jazz loving artist living and working in and around the fertile cultures of south east London. All of his typewriter pieces contain unique observations from his imagination, tapped out onto pristine watercolour paper late into the night. 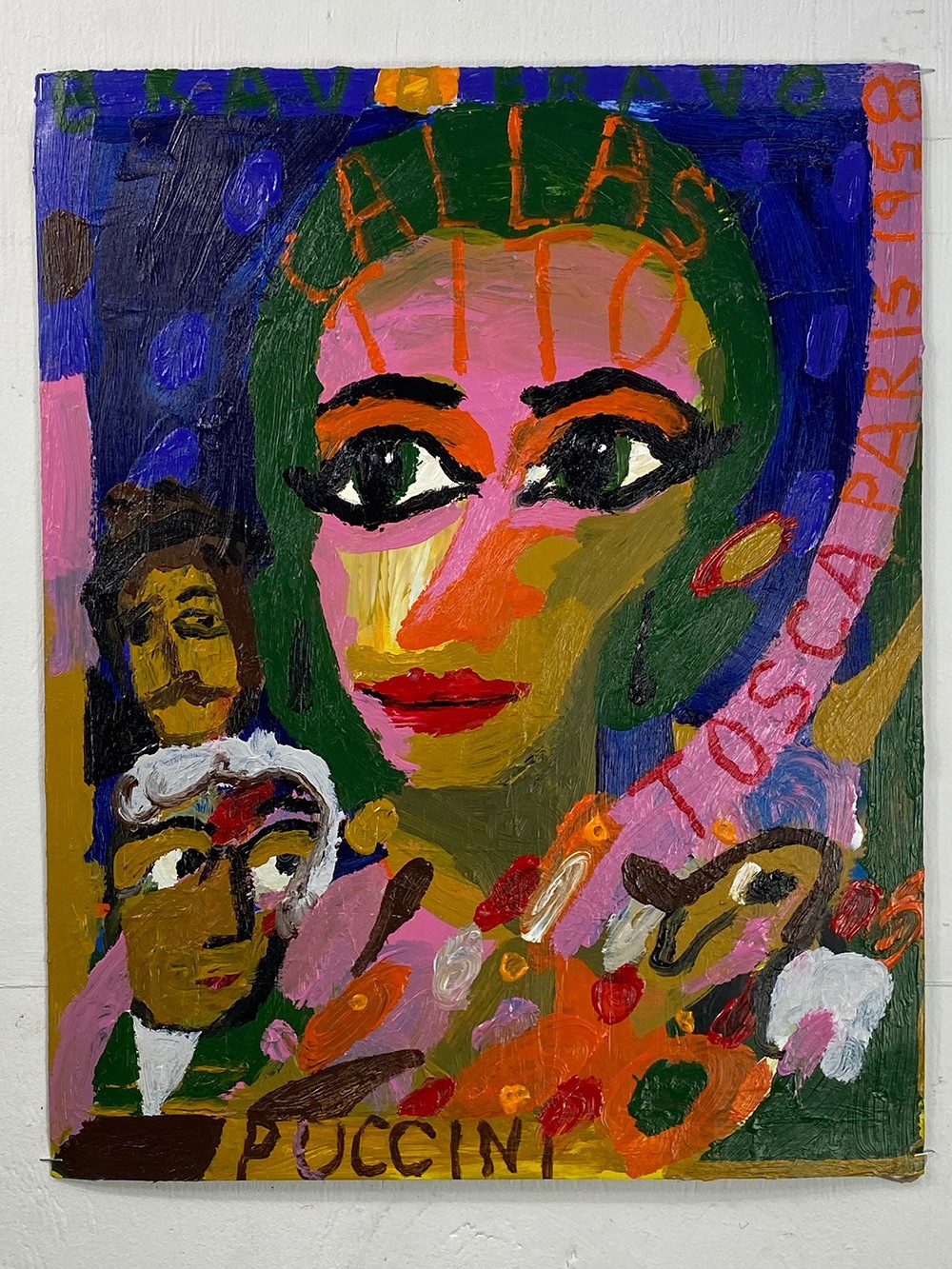 ‘A Foolish Romantic, landed up on the shores of Blighty clutching only his paintings and his hopes, The Baron is concerned with only the intensity of life itself, and the beauty of the ideal. He is raw, unflinching, and utterly sincere, a compact of all that is magnificent’. He invents painted narratives and characters emerge out of intuitive automatism looking for iconic and sacred characters often in a state of transformation, reverie or catatonic breakdown. They reference esoteric times of William Blake, heroic Admirals from Trafalgar, Opera Singers, Vaudeville Bouffon and Victorian Concert Hall performers. 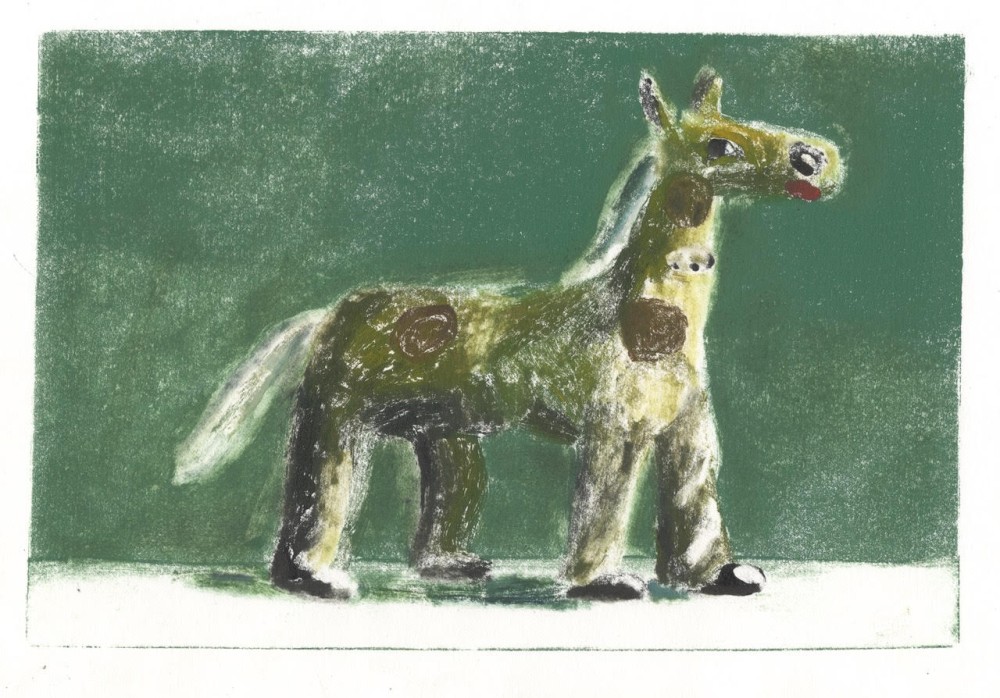 Born in Evanston, Illinois, Charles Williams lives in semi-reclusion in a small town in rural Kent. One-time student of the Royal Academy Schools, founder member of the notorious Stuckists, his work has been exhibited in the UK, Europe, and USA, shown in the John Moore’s, the Marmite Prize and the RA. Charles has made a special set of monoprints of his well known painting of bears for the Art Car Boot Fair. 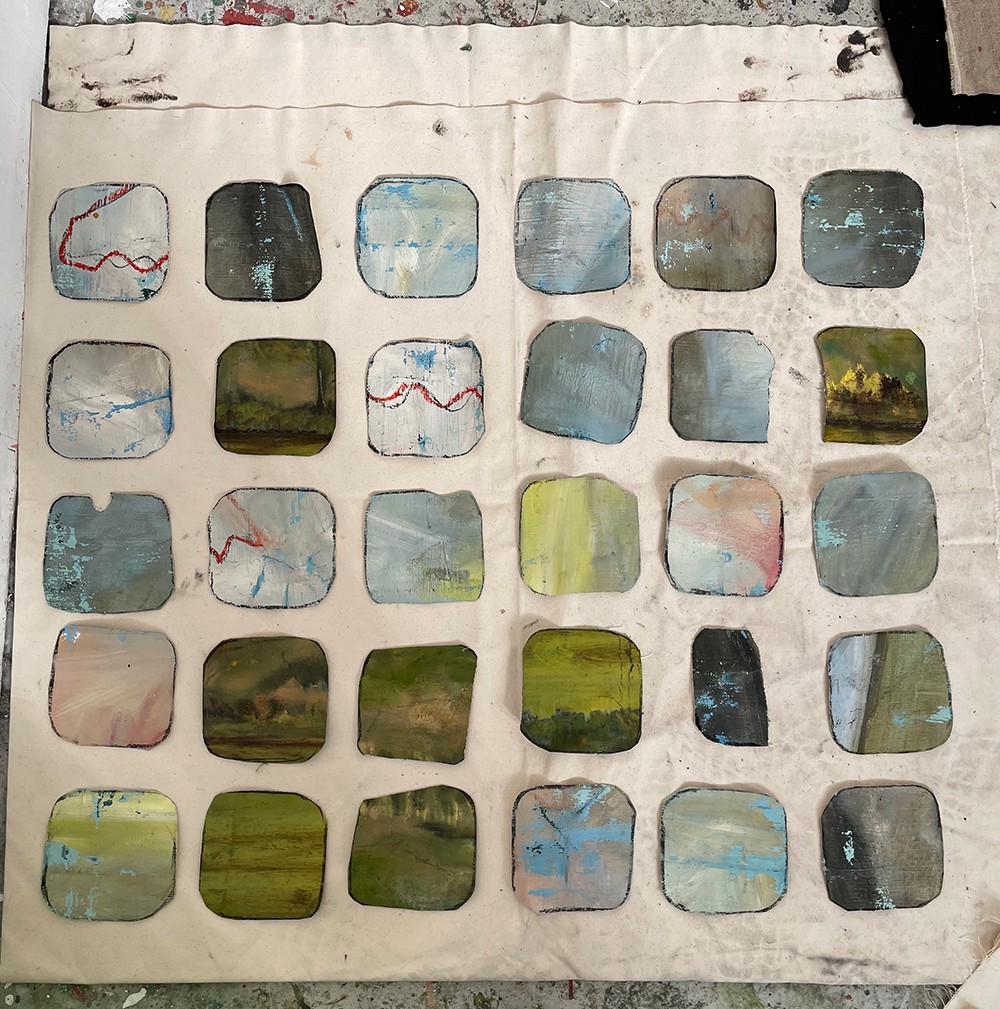 Exciting painter currently on the famed Turps Banana studio programme, Dido Hallett sees her works as oil sketches, either remnants from larger works that have been repurposed, or ideas that may be developed into bigger works. Subjects include 70’s and 80’s cars; diggers; people in cars; 70’s and 80’s guitars; people playing guitars and dogs.

The Dolls House is a beautiful Georgian Townhouse which has been lovingly restored and converted into a travelling Art Space by artists Sukey Sleeper and Phillip Reeves. The Dolls House will be visiting Art Car Boot Fair Live as a pop-up gallery, showcasing guest artists who have created site-specific miniature works of art specially for the event. 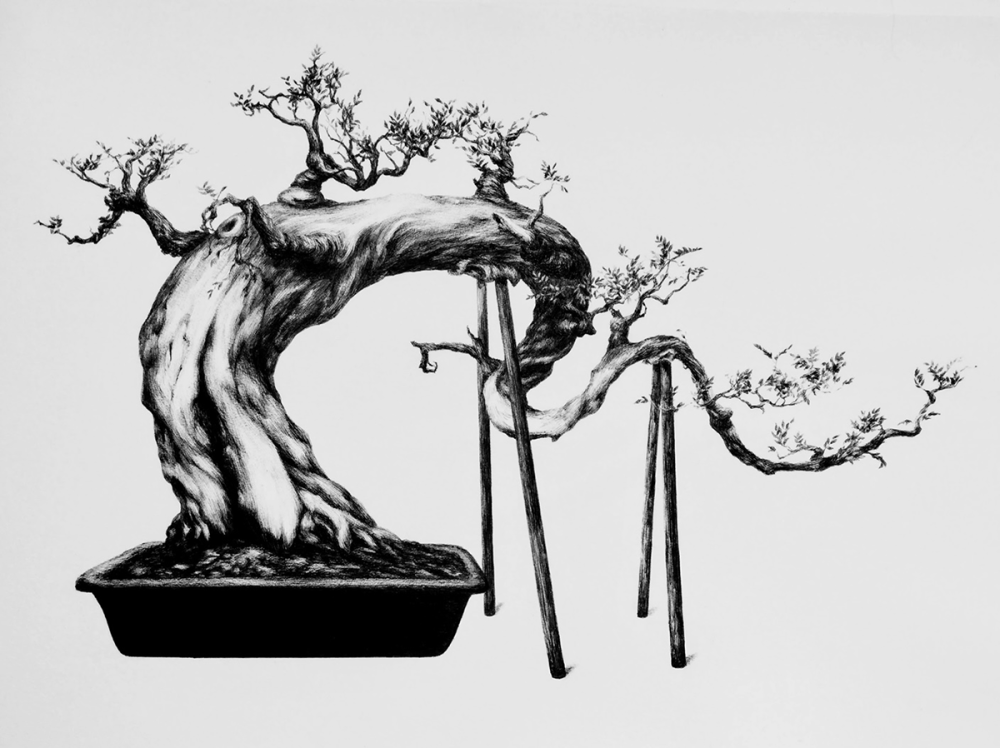 Dolores de Sade is from London and now lives in Southern Thailand. Dolores graduated from the Royal College of Art and is a fellow of The Royal Society of Painter-Printmakers. They have work in the Royal Collection of both UK and Thailand, as well as several major institutions, including the British Government Collection, the Victoria and Albert Museum, the British Library - and on May 14th maybe your collection too. They will appear dressed as a tree. 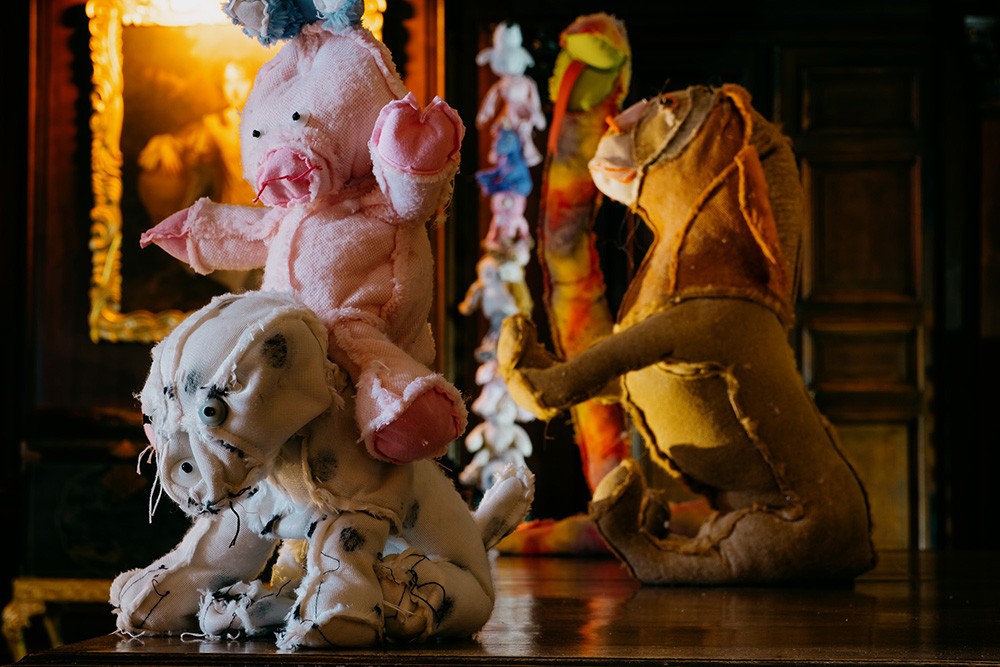 Isobel Smith completed her MA in Sculpture / Performance at the Royal College of Art in 2017. Her practice crosses performance, sculpture and moving image. She will present UNDOINGS: 'Starting with cute-eyed, declawed, bloodless, toothless soft-toys – I unpick, un-stuff and undo to expose their inner-selves. After such an intense process they know themselves inside-out.'

Lucy Jagger is a London based painter who creates social commentary paintings which focus on the subject of county lines drug activities and inequality of opportunity. She has been awarded a Sarabande Foundation Residency 2021/22 (established by Lee Alexander McQueen) and is currently participating in Turps Banana offsite programme. We think her work is electrifying and sure you will agree!

Sarah Baker is an American born contemporary artist, a long time resident of London and took part in the first London Art Car Boot Fair in 2004 when she decorated a Vauxhall VX220 to look like a Louis Vuitton handbag. She first began developing perfumes with the Institute for Art and Olfaction (Los Angeles) in 2014 as a contemporary art project, founded as a fragrance house in its own right in 2015. SARAH BAKER, the fragrance brand, has since taken on a life of its own, undoubtedly works of art that simultaneously stand their own ground in the grand traditions of the best perfumery. 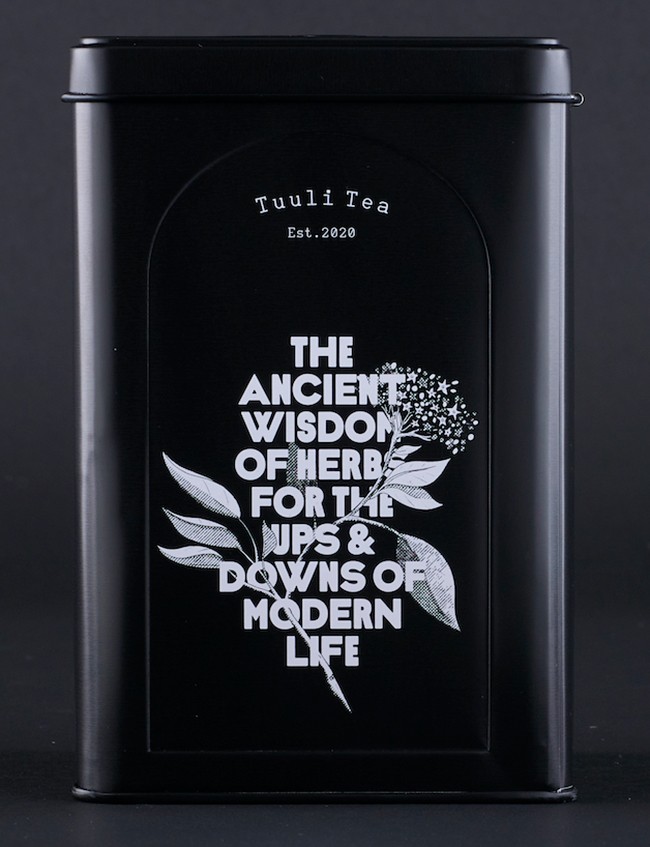 The Tuuli Tea story began in 2019 when friends Tuuli Shipster and Sophie Ricard saw a need for a thoroughly modern herbal tea brand that addresses the ups and down of everyday life, and started blending bespoke herbal infusions for friends and family for everything from hangovers to heartbreak.The Tuuli Tea collection is housed in ten collectable tins featuring unique skeletons designed by artist Tommy Spencer.